BMW's Mighty R 18 Gets A Makeover

The Verona Motor Bike Expo was the ideal venue for showcasing two bespoke BMW R 18 motorcycles to Italian and European enthusiasts. The product of BMW Motorrad Italy, Italian magazine LowRide commissioned American Dreams to work on the R 18 M project, while the R 18 Aurora — developed by Garage 221 for BMW Motorrad Roma — is the first motorcycle to include a carbon fibre frame.

BMW’s cars are designated with the letter M for sportier variants, but now it is used to designate both four-wheeled and two-wheeled vehicles. The brand’s inspiration behind the BMW R 18 M project was the BMW R 18 vintage line. The goal was to give the BMW Cruiser a more streamlined and sportier appearance without going overboard.

The work focused on the chassis, suspension set-up, bodywork and accessories, leaving mechanics and electronics unchanged as the natural strengths of the R 18. It was also made lighter and has a different riding position. 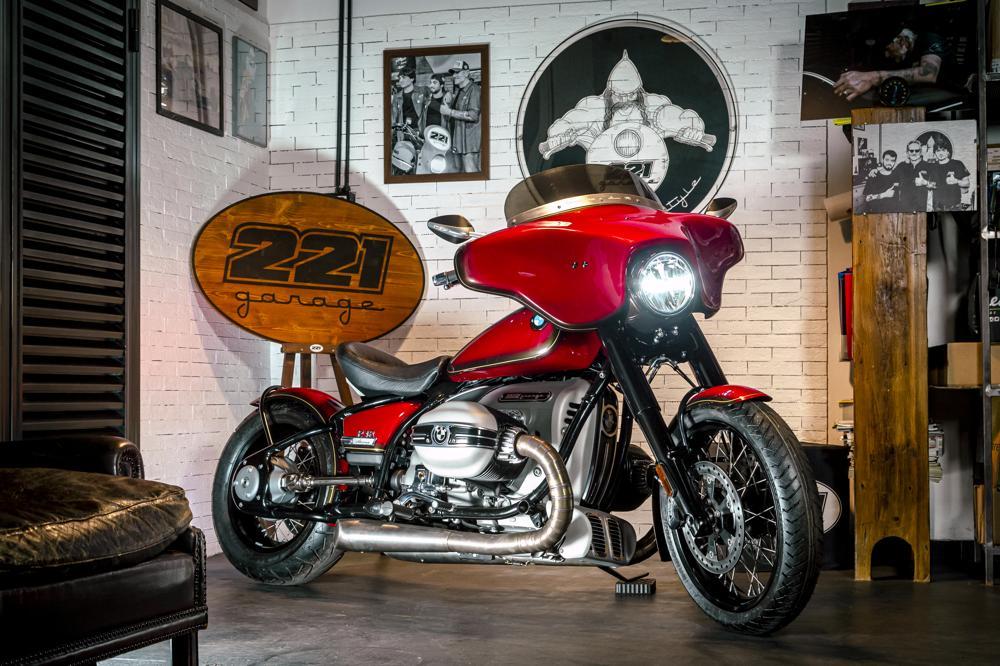 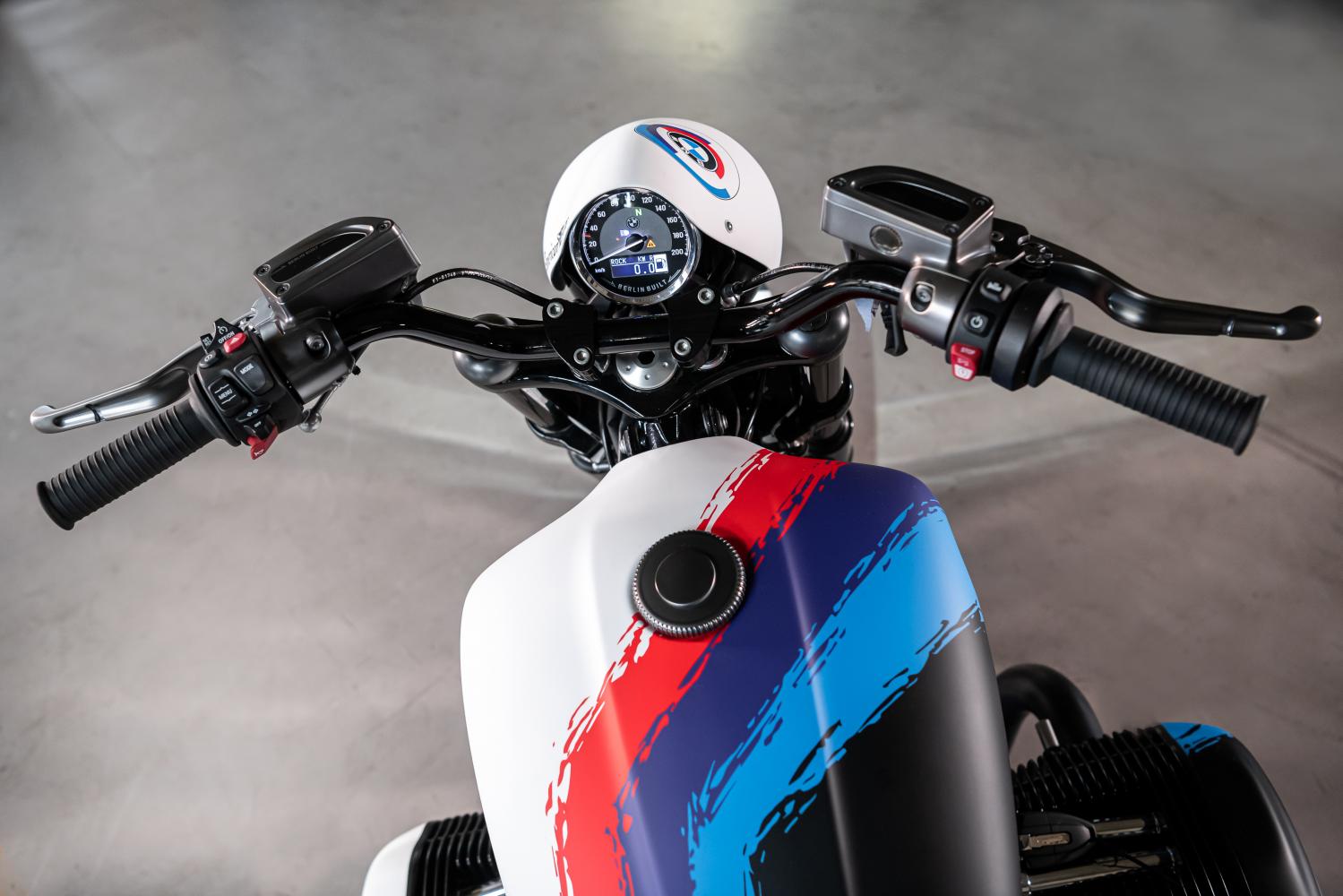 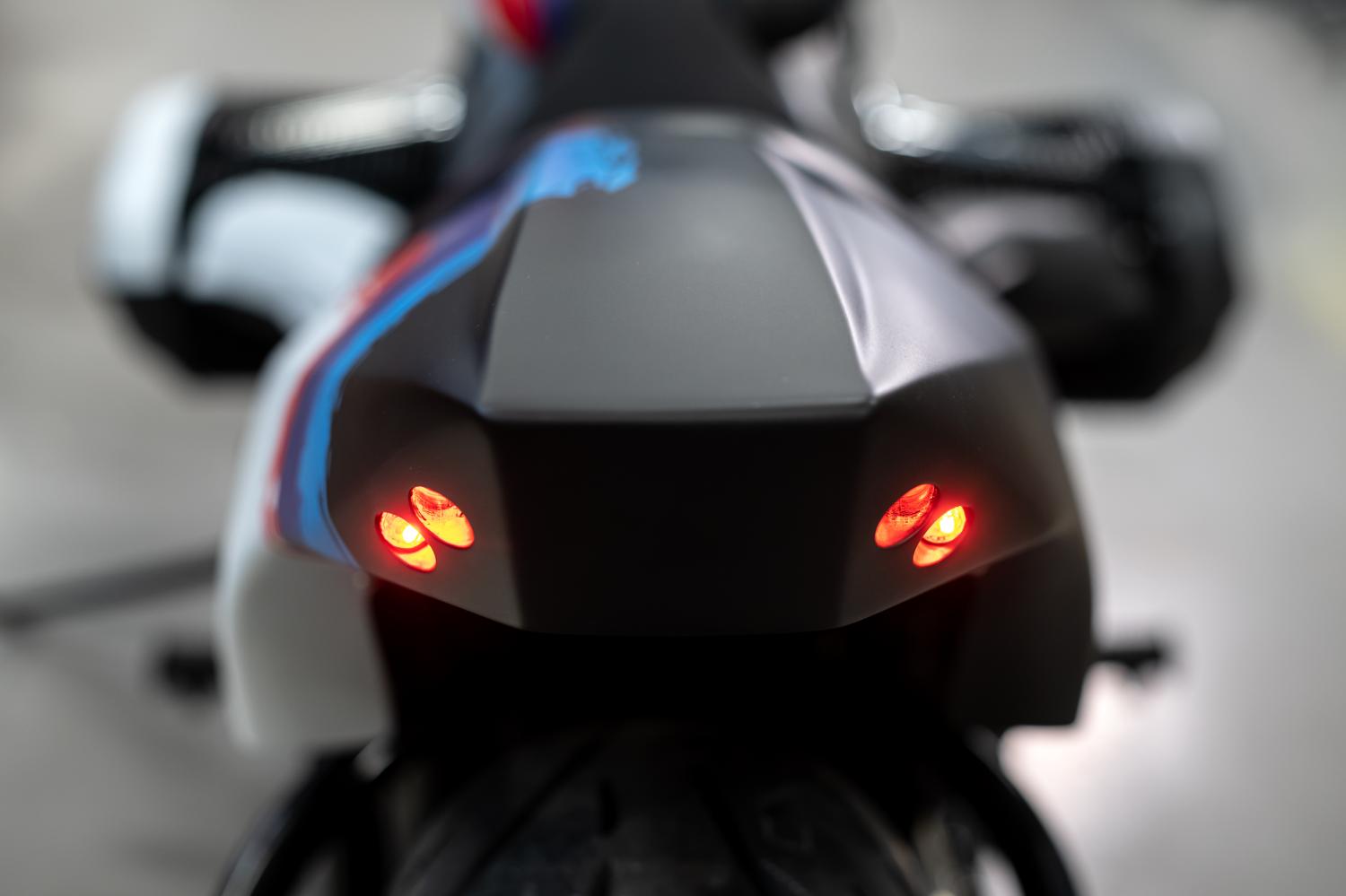 The R 18 M project was made possible by BMW Italia and the bike’s natural positioning — a powerful and lively cruiser with a big heart and infinite torque. With some of the best Italian craftsmanship and companies specialising in this sector, the job of realising the sketches was entrusted to designer Oberdan Bezzi. He has managed to make the R 18 M an exciting power cruiser without upsetting the essence of the bike. American Dreams handled the assembly and co-ordinated the work; Elaboratorio specialised in prototyping and modelling and created the tail, tip and fibreglass windshield from scratch; and Carbon Italy handled the head covers, intake ducts and other carbon fibre details.

The short exhaust pipe, designed to make the line more compact and allow greater lean angles, bears the signature of ER Exhaust Revolution and also gives greater prominence to the splendid uncovered nickel-plated shaft, while the paintwork was entrusted to Dox Art Factory.

The idea and desire of Garage 221 to create a custom bike based on the R 18 began at its presentation at EICMA 2019. The lines of the new BMW cruiser, innovative and at the same time traditional, deserved “complementary elements and more heritage spirit, starting from the soft lines of the tank to the characteristic shape of the boxer”, in the opinion of Pier Francesco Marchio of Garage 221.

The project initially focused on the study of different sections of the bike, keeping in mind the need to connect new elements in a unique harmony of lines, which takes inspiration from cruisers of the 1970s. BMW R 18 Aurora by Garage 221 highlights the central area of the bike. 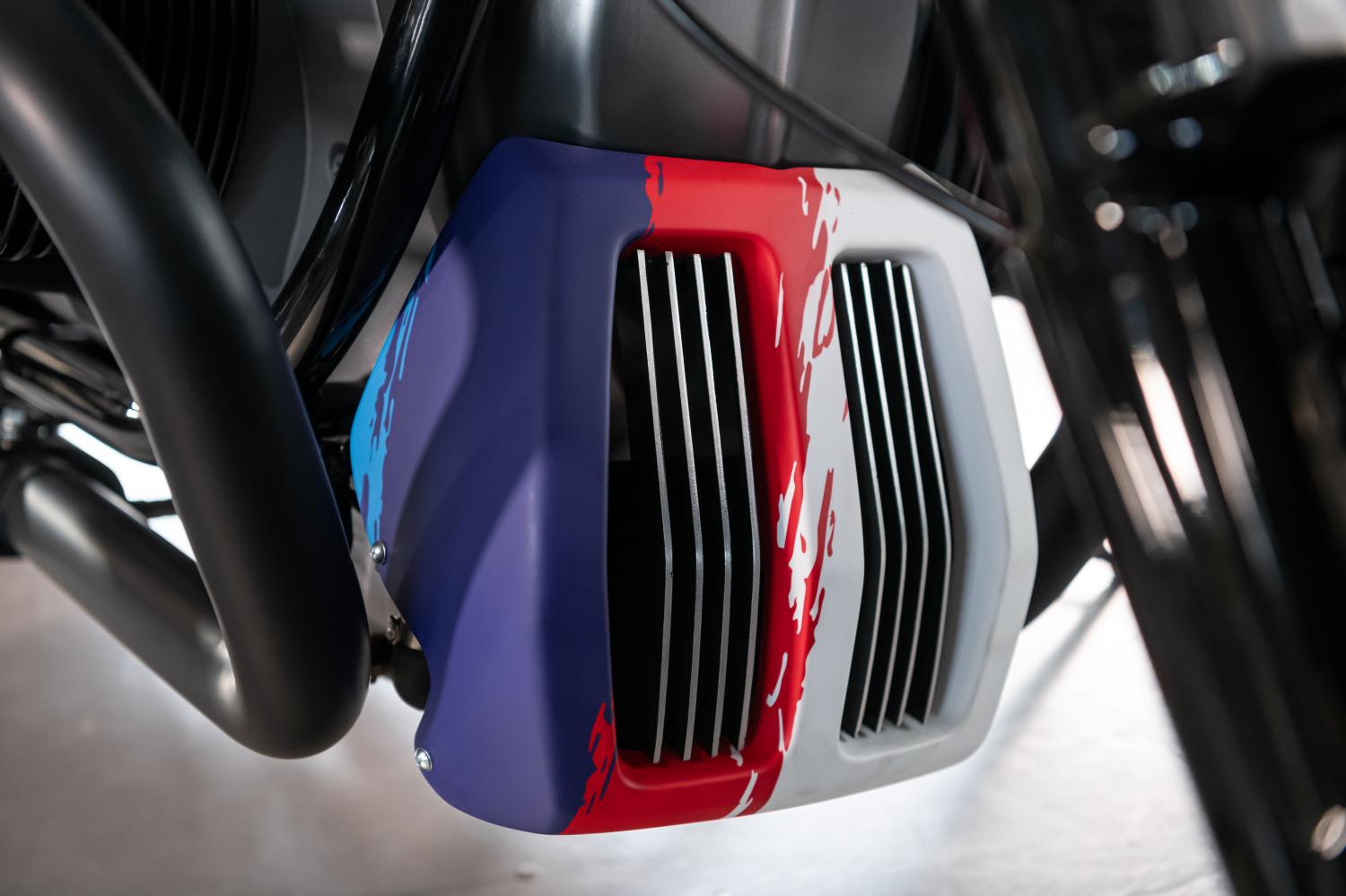 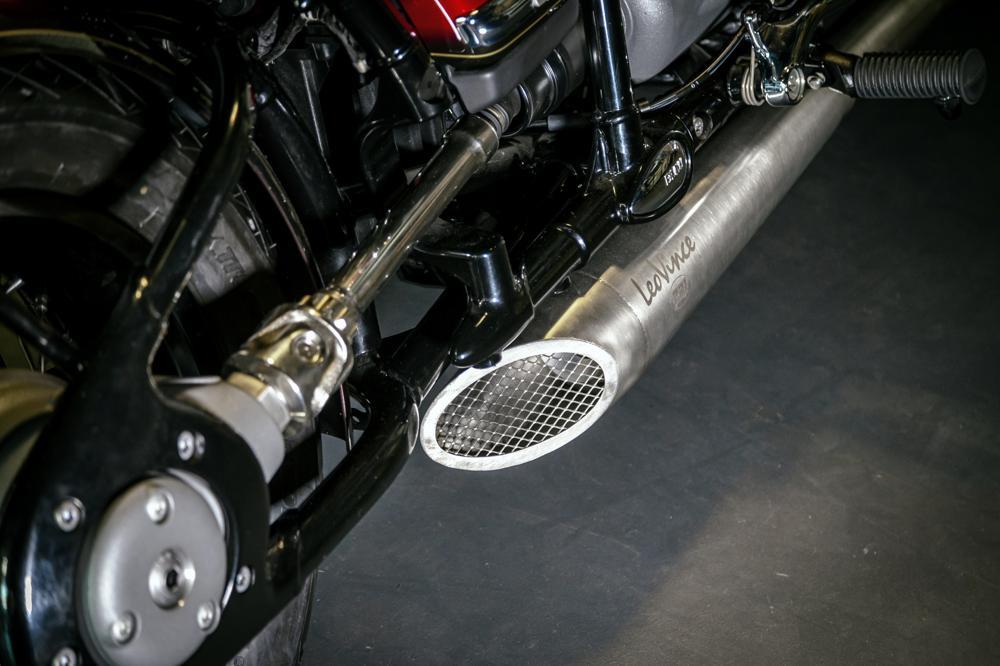 The modifications that led to the R 18 Aurora stem from Garage 221’s experience in the BMW world and all used elements from other models of BMW Motorrad. The saddle was borrowed from a 1200 C from 2005 and the Batwing supports were made using the indicator supports from a R 100 from 1982 and a part of the rear frame of a K 75 from 1991. Even for the body colour, the code of a 1983 RT 100 was taken as a reference with customisation of the graphics in its shades and intensity. The front and rear fender supports, saddle supports and license plate holder arms are entirely handmade. With the help of Leo Vince, the exhaust pipes were designed to make the sound even more full-bodied and enticing. The core component of the R 18 has been designed to give it a muscular and personal look. Natural wood grain has been used in the R 18 Aurora oil cooler grille as a nod to BMW’s 1960s grille design.

“But the end effect is simply breathtaking,” said Pier Francesco. “Everything is painted to seem like one colour, including our oil cooler grille and our cylinder head covers. This creates an eye-catching contrast with the cylinder block and the bevel gear.” 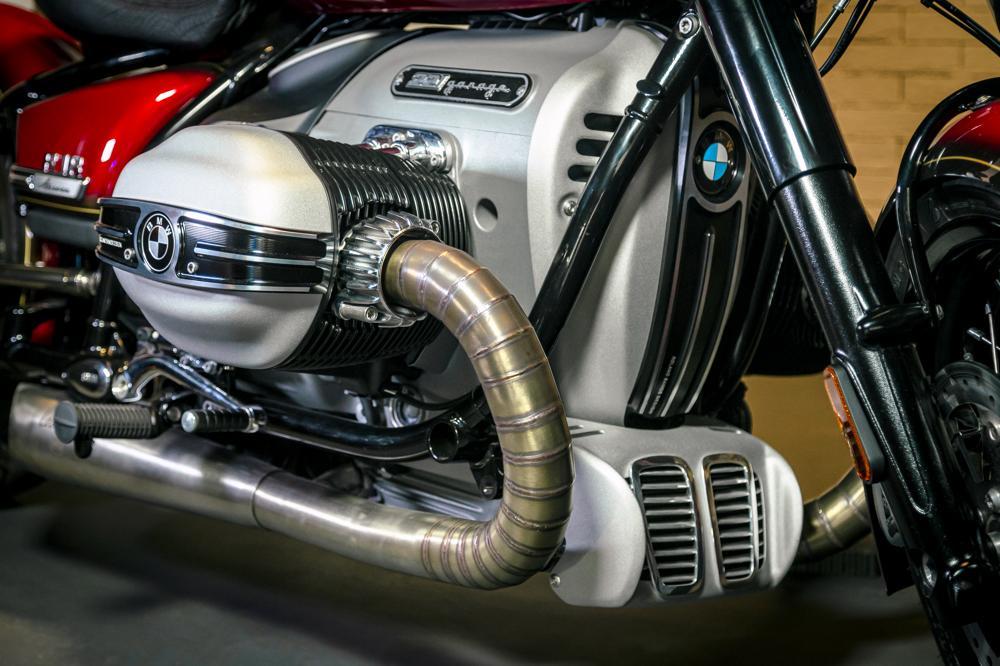 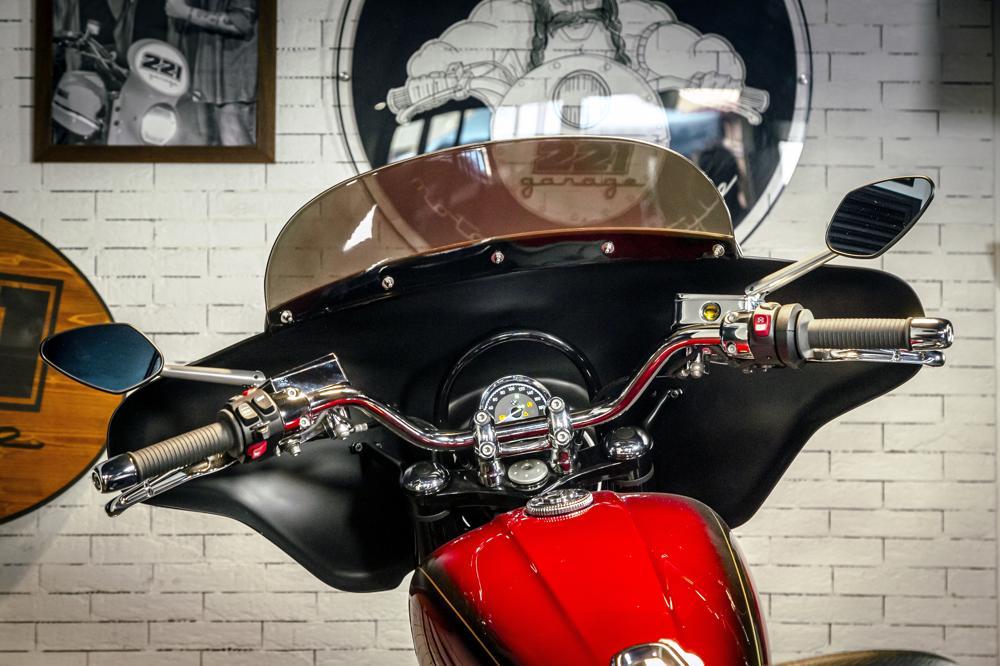