Rockefeller Group expects to move in January into about 3,000 square feet of space on the 24th floor at 1144 15th St. (BusinessDen file photo)

A development firm that co-owns the former Greyhound block downtown is moving its Denver office.

New York-based Rockefeller Group expects to move in January into about 3,000 square feet of space on the 24th floor of 1144 Fifteenth, according to executive Jay Despard. 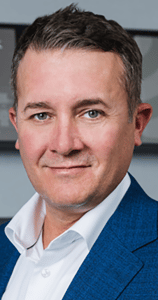 “We’re becoming big enough that we need our own dedicated space,” he said.

Rockefeller’s Denver office has been operating out of Firmspace coworking at 1401 Lawrence St.

Rockefeller is subleasing the space in the 40-story building at 1144 15th St. from Chipotle, which signed a lease in late 2017 for multiple floors. But the company never moved in, opting instead to move its headquarters to Southern California.

Prior to Rockefeller, Despard worked for Houston-based Hines, which developed 1144 Fifteenth, completing it in 2018.

“Ten years of my life was dedicated to that building, from planning to completion,” he said.

Other tenants at 1144 Fifteenth include cybersecurity firm Optiv, PNC Bank and a half dozen law firms including Cooley and Faegre Drinker Biddle & Reath. FirstBank is building out a branch on the ground floor.

Rockefeller Group got its start developing Rockefeller Center in Midtown Manhattan, and the firm still has significant holdings in New York.

The company has yet to complete a development project in Colorado, but it’s jumped into the market head first.

In RiNo, Rockefeller is developing an office building at 3400 Walnut St. in conjunction with Denver-based Jordon Perlmutter & Co.

In the Golden Triangle, Rockefeller and Denver-based Summit Capital Venture Group are building an apartment complex in the 1100 block of Delaware Street. 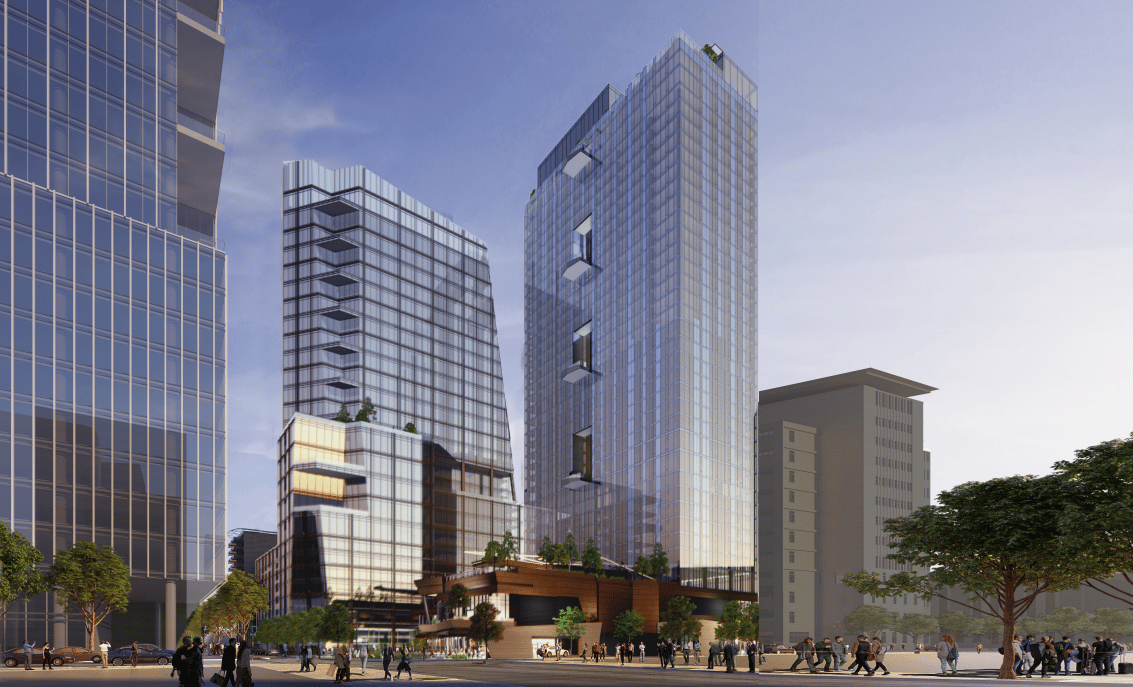 A rendering of a two-tower project on the former Greyhound block in downtown Denver, from a document submitted to the city in July. (Courtesy of city documents)

The company is about a year away from breaking ground on an apartment project in Longmont, Despard said, and pursuing a deal in Fort Collins.

But Rockefeller’s most high-profile project in Denver is the full city block that Greyhound used to own, at 1055 19th St. The company and Chicago-based Golub & Co. paid $38 million for the property in late 2020, and have submitted development plans proposing two 400-foot towers — one office building and one residential building, with retail space at the base of each.

“That’ll help inform how far we could move into the office side,” he said.