In collaboration with similar size cities in the country, Iowa City will begin a process to bring housing density throughout the city. The grant is in addition to the already established Affordable Housing Fund. 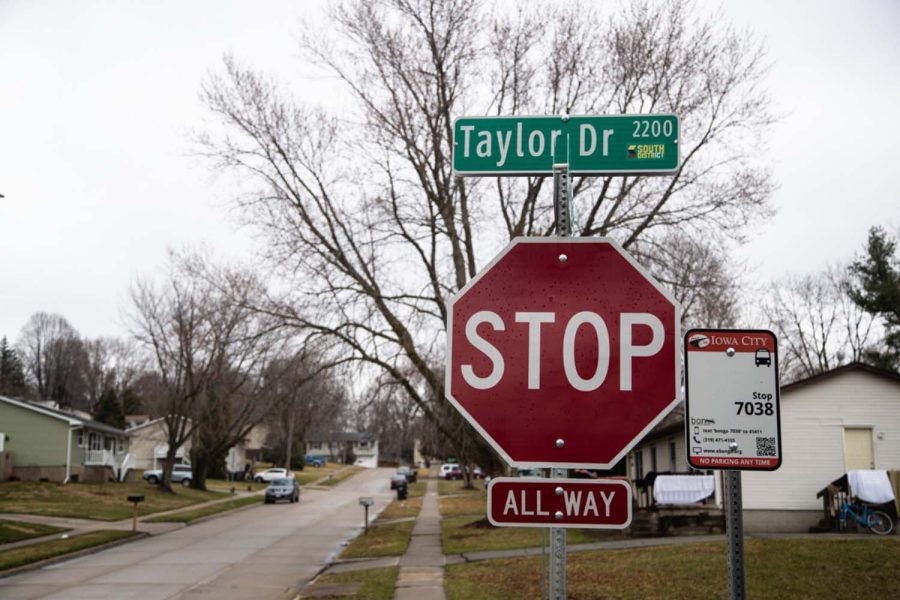 Taylor Drive is seen in Iowa City on Thursday, March 24, 2022. Higher density housing is being brought to Taylor Drive, as well as Davis Street, after the Iowa City city council won a $100,000 grant intended to bring equity and affordable housing in the city.

In the fiscal 2023 budget plan and in the Iowa City City Council’s Strategic Plan, the city has invested over $5.4 million to add affordable housing to the city, with an annual deposit from the City Council’s budget of $1 million to the Affordable Housing Fund.

“I think that when we look at the affordable housing fund that we have set aside, we need to think of it in terms of a larger solution,” Iowa City Mayor Pro Tem Megan Alter said. “How does this money go for creating a sustainable solution rather than ‘Oh, we’ve done one good thing for housing. How can we build this into a larger vision and plan?’”

Tracy Hightshoe, director of Iowa City’s Neighborhood Development Services Division, said the department applied for the grant, awarded by the Reinvestment Fund, a fund management company that works to fund local government projects around the country, in 2016 and the service won the award in March.

The grant will target low-income neighborhoods near Taylor and Davis Streets, she said, as well as part of the South District in Iowa City.

Bringing more density in housing means diversifying the types of home in a given area, such as increasing duplexes, townhomes, and small scale multifamily.

“This is to work with the private sector to make the zoning code changes so that we facilitate the greater supply of housing and denser housing,” Hightshoe said.

Hightshoe said the department is collaborating with three U.S. cities, who received the same fund from the Reinvestment Fund and have similar goals –– to build affordable housing.

“The cities that chose to partner together, did so because they saw alignment in their work and are hoping to learn from each other’s experiences in implementing more equitable housing policies,” Fassbender said.

Iowa City will collaborate with Eau Claire, Wisconsin, and Henderson, Nevada, she wrote.

“We’re about the same size as cities and are closer in demographics,”  Hightshoe said. “Eau Claire, Wisconsin, but Henderson was also wanting to collaborate on the same type of issue that was housing, how do we have housing diversity?”

Hightshoe said the three cities are ideal to work together because of their similarity in size, meaning they lack funding as they are both rural and urban areas.

“So the reason why they’re looking for midsize cities is because if you’re large city you get a lot of HUD [housing and development] systems if you’re a very, very small city, you get a rural EG funds but for middle sized cities like 50 to 250,000 range, there’s just a lack of resources available,” Hightshoe said.

The three cities will travel together to visit Fort Collins, Colorado, where the consulting firm Logan Simpson is based to see the zoning codes in Fort Collins.

“I think what is exciting about this is that it’s working with other communities as well as a consultant who really knows how this can be an effective way to improve equity and affordable housing,” Iowa City Councilor Laura Bergus said.

Hightshoe said the project is still in its beginning phases but once Iowa City’s Neighborhood and Development Services Division have a developed recommendation, they will bring it to council.

“We’re still looking at how do you increase density just in other neighborhoods and see what other cities are doing,” Hightshoe said.