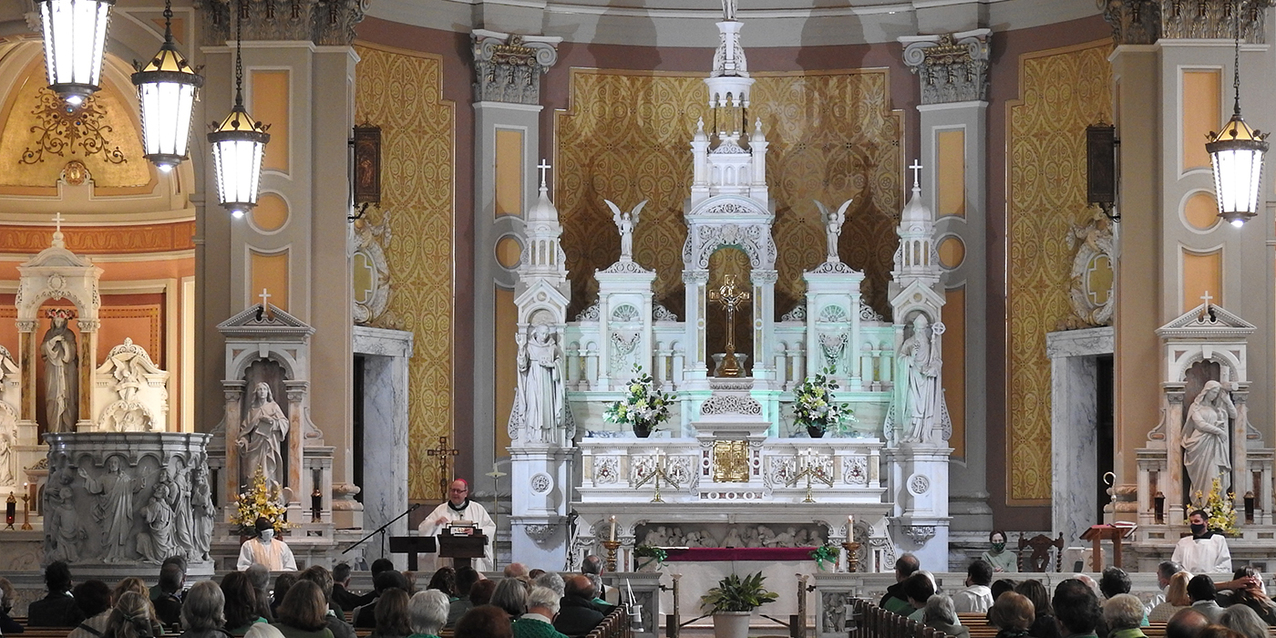 After being scaled down for two years because of the coronavirus pandemic, Cleveland’s St. Patrick’s Day festivities will return on March 17.

The day will begin with special Masses at several churches.

The West Side Irish American Club will have its traditional Mass at 10 a.m. at St. Colman Church, 2027 W. 65th St., Cleveland. The club’s honorees will attend and participate in the liturgy. Bishop Edward Malesic will be the main celebrant. Vincent Beach is the WSIA Man of the Year and Colleen Hansen is the Woman of the Year. The club’s Volunteer of the Year is Christi Cruz and Margaret Lavelle is the WSIA Queen.

St. Patrick Parish in Cleveland’s West Park neighborhood will celebrate the 174th anniversary of the parish during the 9 a.m. Mass on St. Patrick’s Day. The church is at 4427 Rocky River Drive, Cleveland. Pastor Father John Pfeifer will be the principal celebrant. Because of continuing concerns about the pandemic, there will be no social after Mass. The parish will have a unit in the parade.

St. Patrick Church, 3602 Bridge Ave., in Cleveland’s Ohio City neighborhood, will celebrate its 169thanniversary beginning with 9:30 a.m. Mass. Auxiliary Bishop emeritus Roger Gries will be the main celebrant. Seating is on a first-come, first-served basis. The Cleveland Firefighters Memorial Pipe and Drum Corps, the Retired Irish Police Society and the parish music group will participate in the liturgy. After Mass, a modified social will take place in the parish hall. The Mass will be livestreamed on the parish website. Call 216-631-6872 for more information.

The Irish American Club – East Side will have its annual St. Patrick’s Day Mass at 10 a.m. at SS. Robert and William Church, 367 E. 260th St., Euclid. Parade marching units should meet at the church at 9:30 a.m. The club’s co-members of the year are Michael Byrne and Mary Jo Gurry. 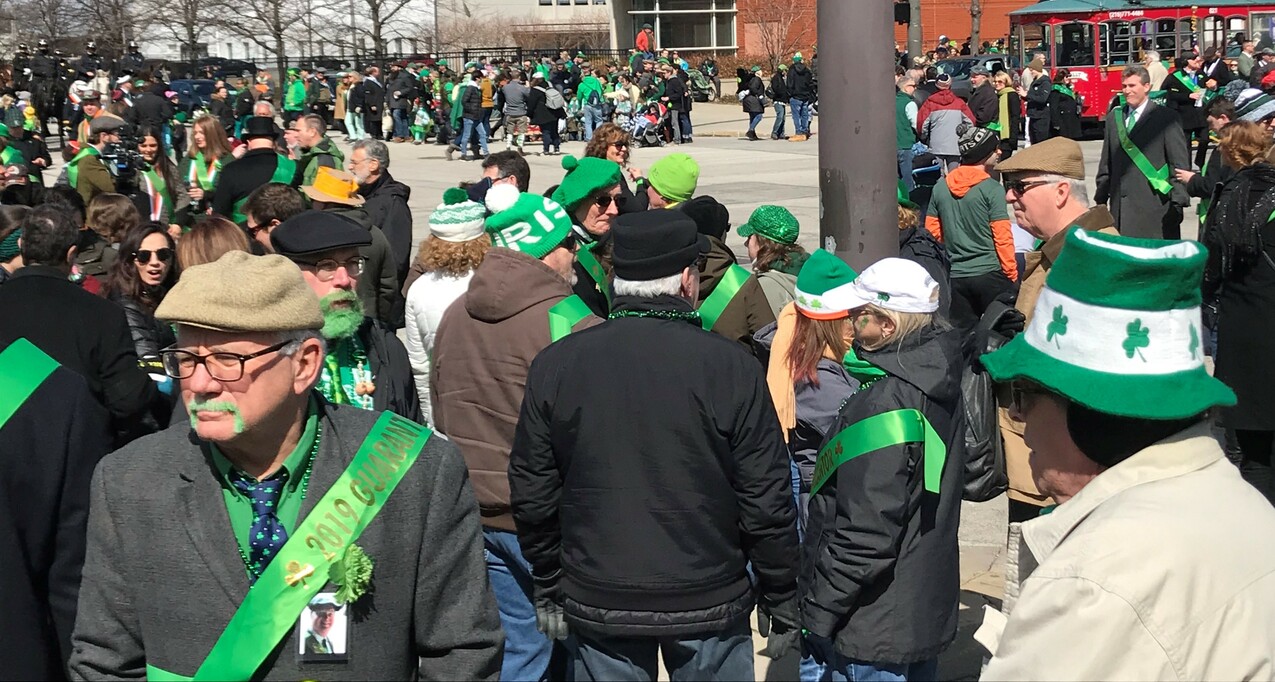 The 180th annual St. Patrick’s Day Parade, presented by the United Irish Societies of Greater Cleveland, will step off at 1:04 p.m. at East 18th Street and Superior Avenue. More than 100 units are expected to participate in the parade, which will march west on Superior Avenue towards Public Square. It will disband at Rockwell Avenue and Ontario Street. The parade was canceled in 2020 and 2021 because of the pandemic.

This year, the parade theme is Ireland’s Scenic Coasts and Linda Carney is executive director.

Father Thomas Mahoney will be honored as the Hibernian of the Year. A Cleveland native, he grew up in Lakewood and attended St. Clement School in Lakewood and graduated from Saint Ignatius High School in Cleveland before entering Borromeo College Seminary and Saint Mary Seminary. Father Mahoney was ordained to the priesthood in 1965. 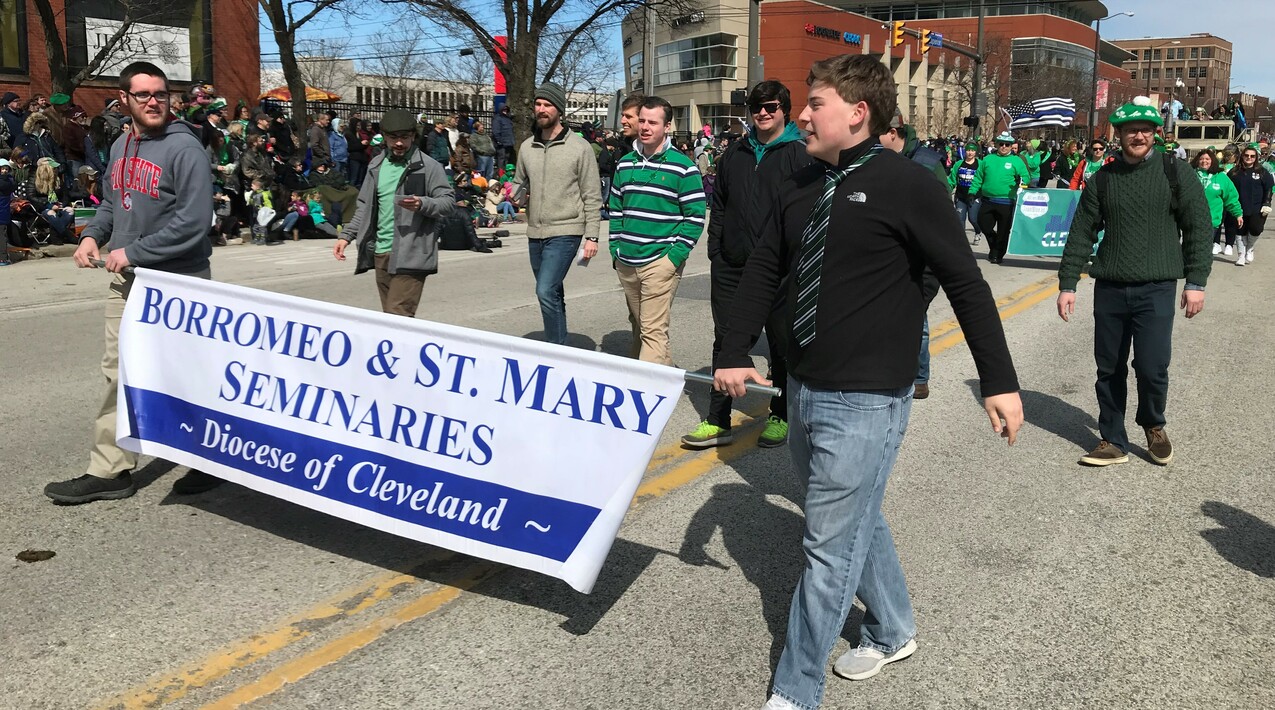 McManamon attended St. Mark School in West Park and graduated from St. Edward High School in Lakewood in 1965. After serving in the Air Force, he married his wife, Jackie 52 years ago. They have three adult children and eight grandchildren. He has been involved with the parade since 1970 and served as executive director 2001-2004.

Rita Lally is the 2022 Irish Mother of the Year. She is a graduate of Holy Name School and Holy Name High School. She and her husband John are the parents of two daughters and grandparents of six. She retired from the city of Lakewood.

Lally and her family have been involved in Cleveland’s Irish community for more than 45 years. She is a member of the Ladies Ancient Order of Hibernians. In 1995, she was parade co-chair.

Patricia Lavelle of North Olmsted is this year’s parade inside co-chair. A Holy Name High School alumna, Lavelle and her late husband Gerry had five children. She has been active with WSIA for many years and marches with the Ladies Drill Team.

Eileen Mangan Stull is outside co-chair of the 2022 parade. She has been involved with Irish dance for many years as an award-winning competitive dancer and teacher. A graduate of St. Mel School and Saint Joseph Academy, both in West Park, and Ursuline College, Mangan Stull had a long career in education in both the Diocese of Cleveland Catholic schools and Cleveland public schools, serving as a teacher and principal.

For about 30 years, she has been a lector and extraordinary minister of holy Communion at St. Mel Parish. In 2010, she was recognized as the WSIA Woman of the Year.

Father Phil Bernier, OFM Cap, administrator of St. Peter Parish, East 17th Street and Superior Avenue – adjacent to the parade’s starting point – invites everyone to stop by the church for hot chocolate, coffee, tea and bakery items, which will be on sale for a nominal fee. Proceeds will benefit the parish ministry and church restoration fund. Visitors also are welcome to tour the historic church, which dates to 1857. Restrooms will be available.