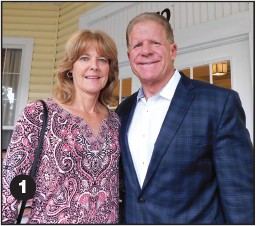 Supporters of Valerie’s House tore down the walls of grief and built up the walls of love at the capital campaign fundraiser hosted April 7 by Norman and Mary Love and Elaine and Fred Hawkins.

A total of $1 million was raised for the new forever home of Valerie’s House to be built on Veronica Shoemaker Boulevard in Fort Myers. A total of $2.5 million has now been raised toward the $3 million goal.

“Norman and I have always believed in the mission of Valerie’s House and Angela Melvin’s passion. To be able to witness the evolution of a child grieving into a child thriving is unbelievable,” said Mary Love.

In addition to providing a safe place for children and their families to grieve, the new 7,000-square-foot home also will allow Valerie’s House to help more children and provide wrap-around services, such as individual grief counseling to support families who desperately need it. 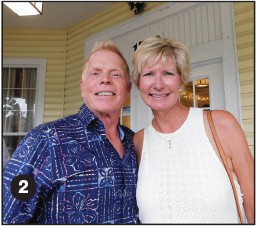 A $500,000 challenge grant from David and Linda Lucas was matched by Creighton Construction & Development in December for a total of $1 million toward the campaign. The city of Fort Myers donated land for the new home with a $1 per year lease.

Valerie’s House has helped more than 2,000 children and their families since its founding in 2016 by Angela Melvin, whose own mother was killed in a car accident in 1987. 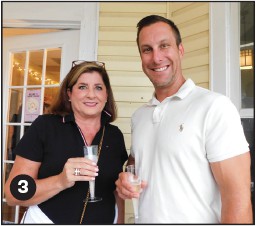 For more information about Valerie’s House or to make a donation to the Forever Home Campaign, visit www.valerieshouseswfl.org/capital-campaign, call 239-478-6734, or email [email protected]. ¦ 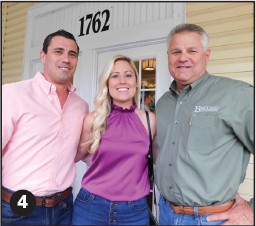 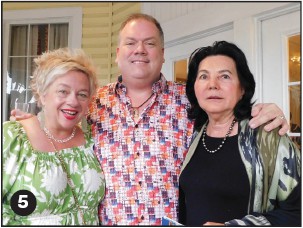 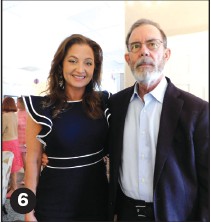 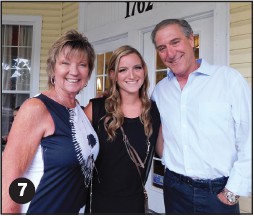 FILE - The Denver skyline is illuminated as the sun sets behind the Rocky Mountains on Dec. 3, 2021. The U.S. Environmental Agency is proposing to downgrade Colorado's biggest population center from a "serious" to a "severe" violator of federal ozone standards, a move that would force the state and...