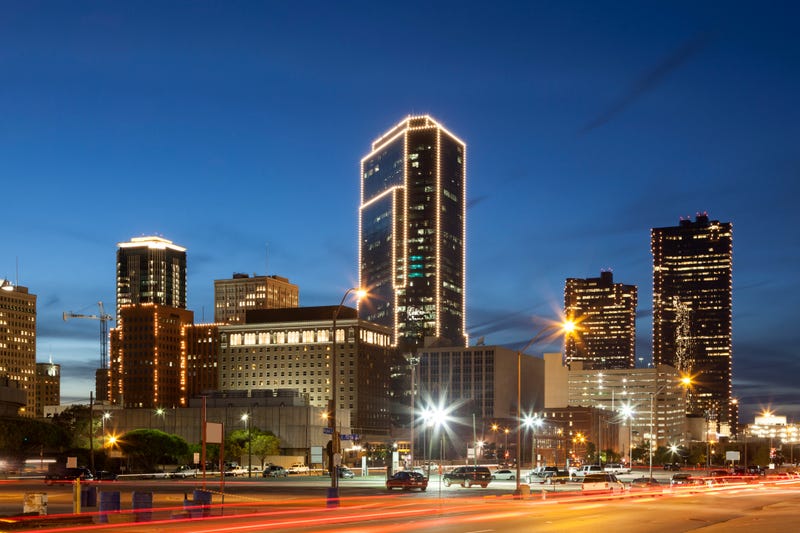 Voters in Tarrant County will be picking nominees for a new county judge and two new commissioners.

Judge Glen Whitley is not seeking re-election this year, nor are the two commissioners whose terms are expiring, Devan Allen and J.D. Johnson.

The best-known candidate for county judge is Republican Betsy Price, who served as mayor of Fort Worth for ten years.

Her most prominent opponent is former Farmers Branch Mayor Tim O’Hare, who now lives in Southlake and founded the Southlake Families PAC.

“She is seen by many of the people as more of a non-partisan person than a partisan person,” says Dr. Riddlesperger. “So she has to overcome that if she wants to get the Republican nomination.”

O’Hare has secured the endorsements of former President Donald Trump and Sen. Ted Cruz, and Dr. Riddlesperger says that underscores O’Hare’s vastly different approach compared to that of the former mayor of Fort Worth.

“His view is that we ought to become a Republican county, remain a Republican county, and be run primarily as a county that is promoting conservative Republican agenda items,” says Riddlesperger, “where Mayor Price is much more about bringing people together of all walks and different ideologies and trying to talk through solving problems.”

On the Democratic side, Deborah Peoples and Marvin Sutton are squaring off; last year, they unsuccessfully ran for mayor of Fort Worth and Arlington, respectively.

Dr. Riddlesperger says the focus of the race is veering towards national issues that tend to be irrelevant to county governance.

“Many of the national social issues — the issues such as critical race theory, Black Lives Matter, building a border wall, constitutional carry of weapons and so forth — those issues have found their ways into these elections, when in fact these elections have very little to do with those issues,” says Riddlesperger.

However, Riddlesperger says knowing where the candidates stand on those issues will likely help voters decide who to cast their ballots for.

Even though Tarrant County voters chose Beto O’Rourke over Ted Cruz in 2018 and Joe Biden over Donald Trump in 2020, Riddlesperger says Republicans will still have the advantage in the November general election.

“The baseline Republican Party vote in Tarrant County is probably at least five or six percent more than the baseline Democratic vote at this point. And if the Republicans can put up credible opponents, they probably have an advantage in the fall election.”

In the Precinct Two race, Democrats Alisa Simmons and Ruby Faye Woolridge are squaring off for the right to face Republican Andy Nguyen, who Allen unseated in 2018.

In Precinct Four, Manny Ramirez, Larry Dale Carpenter and Jody Johnson, the son of retiring Commissioner J.D. Johnson, are seeking the Republican nomination to go up against Democrat Cedric Kanyinda.

LISTEN on the Audacy App