The Best Things To Do In Dallas, March 2-8 Honk the goose, and Cheryl Allison spending time together during the COVID lockdown in Spring 2020.

Dallas Video Festival presents HONK by Cheryl Allison at Angelika Mockingbird
Dallas VideoFest is changing a bit. Now it will offer showcase screenings of films that would’ve normally been found in the schedules of its once weekend-long festivals. DVF kicks off the new series with HONK by Cheryl Allison 7 p.m. Wednesday, March 2, at Angelika Film Center, 5321 E. Mockingbird Lane. The documentary follows the friendship of Allison and the goose she rescued during the pandemic. Honk the goose became a social media star and a light during dark times for Allison. Tickets are $12, available online.

DSO Concert at Music Hall at Fair Park
The Dallas Symphony Orchestra tunes up for a community concert full of classics 7:30 p.m. Wednesday, March 2, at the Music Hall at Fair Park (909 1st Ave.). Music fans of all walks will recognize and enjoy pieces from Copland, Elgar, Saint-Saëns, Bernstein, Strauss and others. The free concert is general admission, save for those who purchase preshow dining (so they don’t have to rush through dinner worried about seating). Reserve tickets online.

Farmers Market at the Sound
Sometimes we need the weekend for things other than chores and shopping. Enter the Farmers Market at the Sound. Every Thursday from 4 to 7 p.m., Grassroots Markets hosts a free family-friendly market out in the fresh air at The Sound at Cypress Waters (3081 Olympus Blvd.). Browse food and produce vendors as well as a variety of artisans, crafters and makers.

A Year With Frog & Toad at Firehouse Theatre
For 10 days, Firehouse Theatre hosted an intensive course with actors ranging from grades 4 through 12, helping challenge and guide young talent. Now it’s time to see the product on stage. Firehouse Theatre presents A Year with Frog & Toad, starring their students. Enjoy the adventures of two best friends and all those they meet on the way, with showtimes March 3 through March 6. Single tickets are $15, available online. 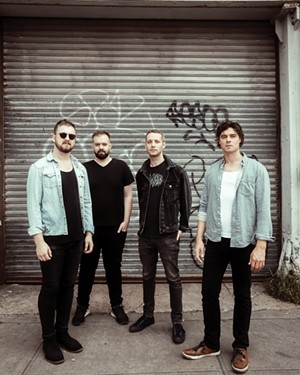 The Brit Pack at the Eisemann Center
We can get suspicious of a cover group when it claims to cover a range of artists as varied as the list put forth by The Brit Pack. But we can also get pretty curious. The Beatles, Rolling Stones, David Bowie, sure. Add in Oasis and Radiohead. You’d assume they’re tackling the Brit-pop, but Radiohead has a huge catalog that goes well beyond that. Then there’s the Amy Winehouse stuff. And we didn’t even mention other artists. But this act has performed at the Oscars, and their band is fantastic, so get to the Eisemann (2351 Performance Drive, Richardson) at 7:30 p.m. Friday, March 4, and see what talent The Brit Pack is packing. Tickets are $48, available online.

DFW Golf Show at Dallas Market Hall
Put on those wicking polo shirts, it’s time for the DFW Golf Show! Hit the clubs (pun fully intended) and find all the new golf gear waiting to be loaded into your cart. Plus, catch celebs visiting the main stage such as Dallas Cowboys defensive end Damarcus Lawrence, pro golfers Cristie Kerr and Tisha Alyn, and podcaster Will Lowery. The show runs from Friday, March 4, through Sunday, March 6, at Dallas Market Hall. Passes range from general admission ($15) to platinum VIP ($499) with options in between, available online.

A.I.M. by Kyle Abraham: An Untitled Love at Moody Performance Hall
Choreographer Kyle Abraham is known for imbuing his works with a sense of community, so that his manipulation of space and movement somehow conveys universally understood emotion. TITAS presents Abraham’s latest work, An Untitled Love, featuring his company A.I.M. by Kyle Abraham performing to the music of D’Angelo. Community, unity and love danced to the tune of an R&B king? Yes, please. Witness the magic 8 p.m. Friday and Saturday at Moody Performance Hall (2520 Flora St.). Tickets start at $56, available online. 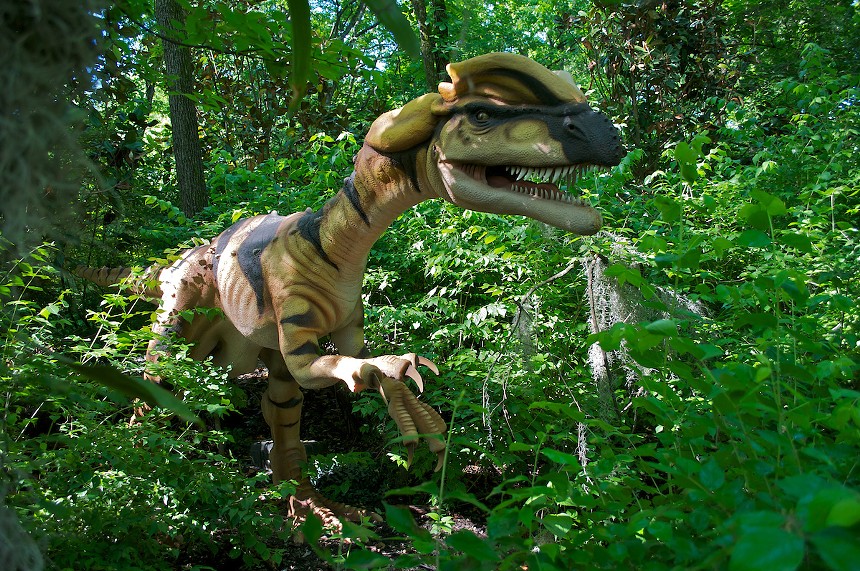 Dino Safari, presented by Reliant, includes the dilophosaurus and several other dinosaurs

Dino Safari Presented by Reliant at Dallas Zoo
Become a field researcher into another age with the Dallas Zoo (650 S. R.L. Thornton Freeway) and Dino Safari. A separate ticket from general admission ($6) gets attendees onto a tram for a guided tour to observe dinosaurs in what would’ve been their natural habitat, and learn how to help today’s animals avoid extinction. Find out more about Dino Safari and add on your tickets online.

Turtle Creek Chorale Rhapsody Gala with Audra McDonald at the Meyerson
The Turtle Creek Chorale is back with the benefit gala Rhapsody, to provide for its musical and educational programs. This year it’s also supporting Black Theatre United for its work in racial equity and social justice. On Saturday, March 5, in between the seated dinner and fabulous after party, the TCC welcomes the unbelievably talented, Tony Award-winning actress, singer and activist Audra McDonald to the stage for a special concert. It will be hard not to be starstruck, but an open bar helps. VIP tickets and tables, as well as concert-only tickets are available online.

If this painting reminds you of any song by the band The Doors then you get the artist’s Laurel Canyon inspiration.

Laurel Canyon Series at the Eisemann Center
The Eisemann Center presents a series of works by Michelle B. Noah inspired by the music of Los Angeles neighborhood Laurel Canyon. Trained in painting and printmaking, Noah uses the processes of both when working on canvas. On exhibition through March 27, the Laurel Canyon Series offers intense colors on canvas, reflecting the 1965-1975 music of her eponymous inspiration. The Center’s Forrest & Virginia Green Mezzanine Gallery is open noon to 5 p.m. Monday through Friday and during any public event.

North Texas Irish Festival at Fair Park
In its 40th year, the North Texas Irish Festival heads back to Fair Park with a clear theme of 40 Shades of Green. From Friday to Sunday, check out the festival as it celebrates 40 years of Irish music and Celtic culture and the volunteers who have helped grow the festival over the years. Enjoy live music, dancing, storytelling and demonstrations from culinary to craft. Single day tickets start at $10 and 2-day passes are available, all online.

The first North American tour company of Come From Away

Come From Away at Music Hall at Fair Park
After a national tragedy, almost 40 planes are forced to land in Newfoundland, essentially stranding 7,000 passengers. Don’t let it feel daunting that Come From Away is a musical based a post-9/11 closed airspace — it somehow becomes transcendent. “Best Musical-winning” transcendent. Dallas Summer Musicals brings Come From Away to the Music Hall at Fair Park, opening Tuesday, March 8. Tickets are available online for shows through March 20, but they’re going extremely quickly, so get on there now.

Women U-Night at the Winspear
Presented by 24HourDallas, Women U-Night is a social gathering dedicated to community, collaboration and for the drafting of the first women’s night safety charter, which aims to support city nightlife by ensuring women’s safety. The girls’ night out will be an intimate event 6:30 p.m. Tuesday, March 8, at AT&T Performing Arts Center (2403 Flora St.) featuring live performances by the Dallas Women’s Chorus. Special guest Ann Mukherjee of Pernod Ricard, Dallas City Council District 12 representative Cara Mendelsohn and Women U-Night co-chairs Jasmin Brand and Elle Congelliere are among the event’s leaders. 24HourDallas’ Social Impact Park will be filled with organizations that serve women at the event. Guests are encouraged to wear all white in celebration of IWD. Reservations available via Eventbrite. Desiree Gutierrez